For our May workshop we travelled to out Martin Lodge where he gave us a demonstration using some of the larger toys and later Seán Winterlich demonstrated spindle turning inside. 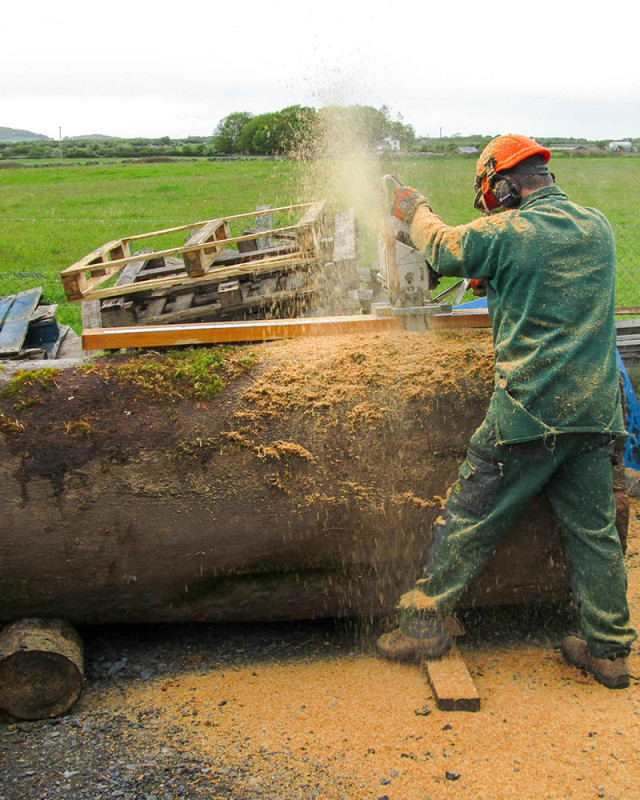 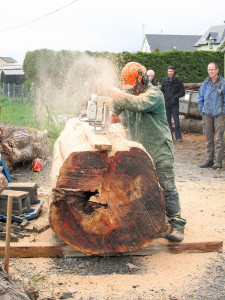 Martin gave a demonstration using the “Granberg Mini-Mill” attachment on a chainsaw to rip a large section of beech trunk in half. The diameter of beech tree was too large to fit on Martin’s Wood-Mizer so he used the Mini-Mill to rip the tree down to a more manageable size. Martin also explained that the regular chain on a chainsaw is designed cross cutting and not ripping cuts so a special ripping chain can be bought or the angle of an existing chain can be reshaped to the correct ripping angle. The Mini-Mill attachment is clamped onto the chainsaw and the guiderail is screwed onto a board which is then used as a straight edge when ripping. As you can see from the pictures the Mini-Mill can tackle the largest of trees. Martin then used a series of wedges and a sledge hammer was to cleave the trunk apart. Martin had a smaller section of the beech tree on the Wood-Mizer and he gave us a quick demonstration of it in action. 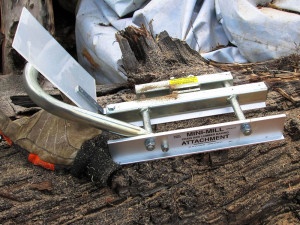 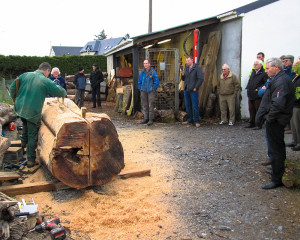 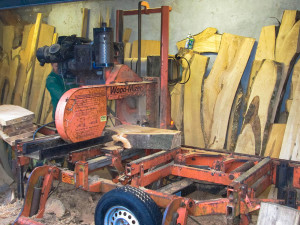 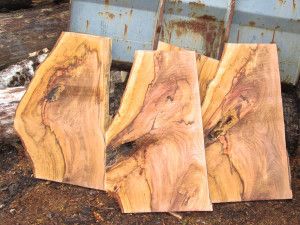 After Martins workout we gave him a break while we went into the workshop and Seán Winterlich set up the lathe and gave us a demonstration on turning a kitchen roll holder. Seán showed us some examples that he had turned previously and then started off by turning the pillar of the holder. The demonstration of spindle turning was excellent, showcasing a variety of beads, coves and planning cuts with the skew chisel. Seán turned a tenon on the base of the pillar and then proceeded to turn the base of the holder. The base was turned with a hole in the centre to accept the tenon of the pillar. As this was Seáns first time demonstrating in front of everyone we would like to thank him for doing so. It’s not an easy thing to turn in front of people for the first time and without people like Seán volunteering the chapter wouldn’t be as fun and vibrant as it is. 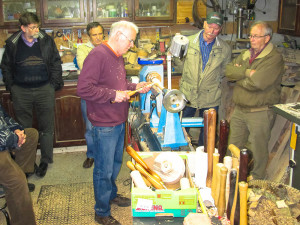 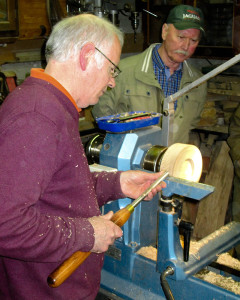