In March we travelled out to Seán’s workshop where he gave us a demonstration of endgrain hollowing on a large scale. 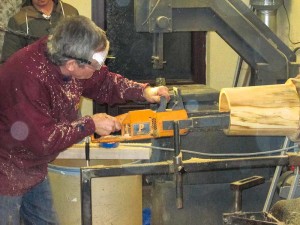 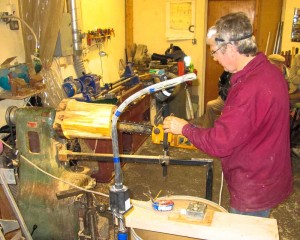 Seán was using a homemade jig onto which he has mounted a small electric chainsaw. The chainsaw can then be presented to the log to achieve the desired cut. It goes without saying that this method of turning is very specialised and shouldn’t be attempted by inexperienced turners. It is vital to understand both the operation of the chainsaw and the lathe to fully understand the dynamics of the two safely working together. 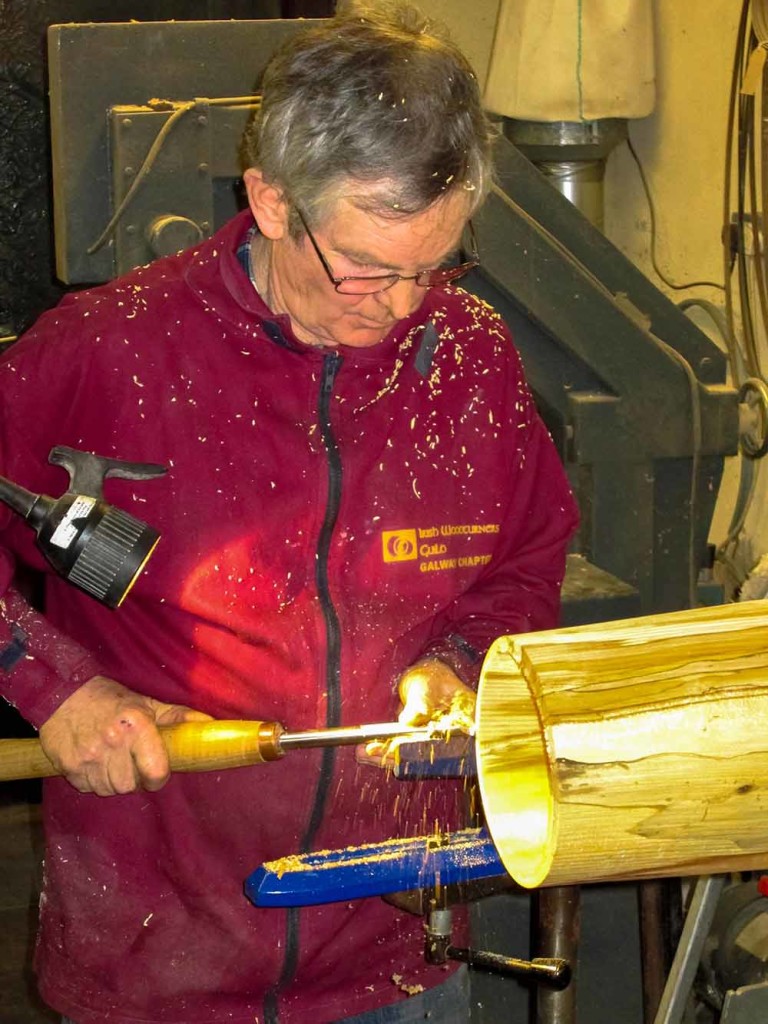 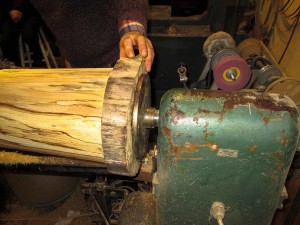 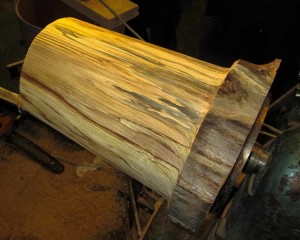 As you can see from the photographs the wood used in the demonstration was unseasoned softwood. 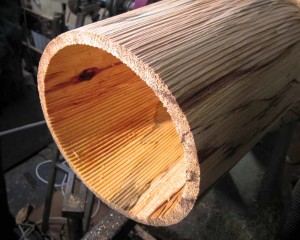 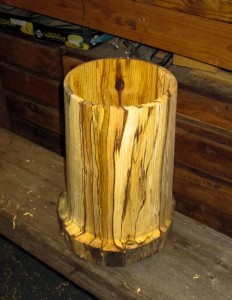 The pattern created internally by the chainsaw blade is very striking.